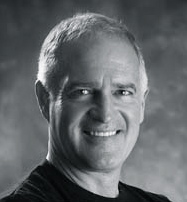 Kevin Seney is an experienced businessman and entrepreneur. Throughout his career, Seney has made a habit out of creating a path, where none had existed, and often, where others said a path could not exist. Seney has a burning desire to prove, by way of success, that the status quo isn’t always the best way to get things done.

Possessing more than 30 years of experience in the real estate industry, including establishing the successful mortgage company, THE HOME LOAN STORE, Seney understood there was a need for change in the marketplace and set out to make real estate fun for the agent. From Seney’s perspective, every failing of traditional real estate posed a tremendous opportunity for improvement.

He institutionalized these changes into the formal business plan for Bug! Realty USA, Inc. The dependence on traditional offices, marketing, treatment of agents and customers, as well as the embrace and utilization of new technology are just a few of the elements that Seney has reinvented in Bug! Realty.

In 2009, Seney released his first book, “In Service” where he was a co-author with several other acclaimed co-authors, including Brian Tracy, Dr. Wayne Dyer, John Assaraf and others. Kevin is currently working on a new solo writing project, to be released in 2011.

Kevin is a 4th Generation Wyoming Native, whose Great Grandfather, Frank E Lucas, was a pioneering Newspaper Publisher, and was also Secretary of State and Governor of Wyoming. Kevin’s other great grandfather, Ralph S. Seney, Sr. opened one of the first Wyoming Rexall Drug Stores in 1920.

Seney holds a bachelor’s degree and an MBA from San Diego State University.

The Daily Transcript | Bug! Realty on the Move

2 Replies to “About Kevin Seney”